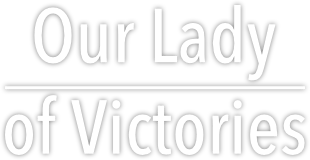 1735-1745 – A Passover Like No Other.
Rabbi Zalman Lent and author and motivational speaker, Yanky Fachler, face the challenge of celebrating Pesach, the Passover festival, which traditionally brings Jews together, in a time of isolation, sickness and fear.  Rabbi Lent has, himself, had to self-isolate and has learned to preach and connect with his congregation online.  They also explore how the story of the first Passover shows that humankind can weather plagues and hardship, if they put their faith in God
(RTÉ One).

0615-0618 – A Living Word.
Aidan Mathews continues to curate and, in some cases, deliver a daily reflection to start the day.

1640-1735 – Mass of the Lord’s Supper.
Father Joe Campbell CC, Mullingar, Diocese of Meath, to celebrate Mass in commemoration of the Last Supper and Christ’s agony in Gethsemane, from the Cathedral of Christ the King, Mullingar.
(RTÉ One TV and RTÉ Radio 1 Extra / LW252 / Digital Radio platforms. The Mass will air on radio at the later time of 19.00.)

22.00-2230 – The Leap of Faith.
Michael Comyn asks whether and how the Easter story continues to resonate with people in today’s Ireland
(RTÉ Radio 1).

2200-2300 – Easter Vigil Mass.
Bishop Tom Deenihan of Meath celebrates the resurrection of Christ, with a vigil Mass in the Cathedral of Christ the King.  Beginning with the lighting of the Paschal candle, the liturgy, which signifies the triumph of light over darkness and of life over death.
(RTÉ Two & RTÉ Radio 1 Extra/LW252).

1000-1100 – Easter Sunday Mass.
A Eurovision Mass, previously planned for Metz Cathedral, takes place instead in the Dominican Convent of Saint Jacques (Saint James the Great) in Paris, due to France’s COVID-related restrictions on indoor gatherings.  Translation and commentary are by Fr Thomas McCarthy OP.
(RTÉ One & RTÉ Radio 1 Extra).

1100-1120 – Urbi et Orbi: Pope Francis’ Easter Message.
Pope Francis will deliver his Easter blessing To the city and the world with prayer and encouragement by video link from within the Vatican.  Translation and commentary by Fr Thomas McCarthy OP
(RTÉ One).

Monday to Thursday, and Saturday at 10:00am